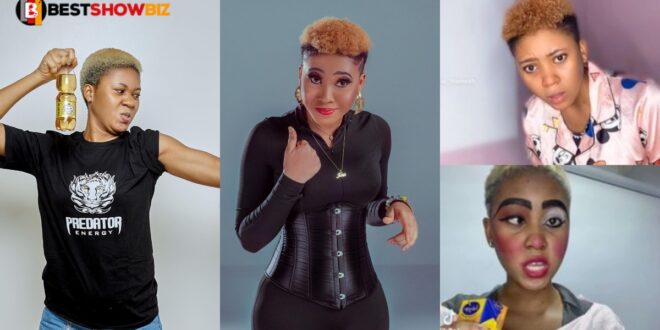 TikTok star, Jackline Mensah finally reacts to rumors that she is dead – Video

Jackline Mensah, a Ghanaian TikTok celebrity, has addressed social media rumors that she has died.

The Tik Toker had died, according to an unknown Instagram account attempting to leak the information to a writer, and those around her were covering it.

Many of Jackline’s pals have flocked to her residence as a result of the false information being spread.

“You made my friends go to the house and she’s currently crying because she thinks I’m dead. Whoever is behind this account. This is your last warning. Stop sending such messages to the bloggers.”

Jackline had previously released an audio recording of some unknown person spreading the false rumor that she had died.

“So this started last week but then I told myself I wouldn’t pay attention to it cause people just want hype. But now it’s becoming too much. Why would you tell such lies about me?? I am not dead stop calling my grandmother.”