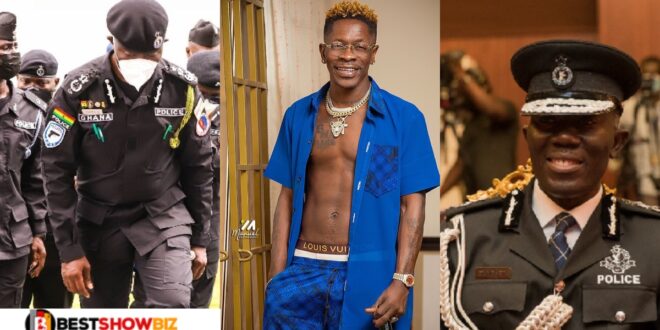 Popular Ghanaian dancehall artiste Shatta Wale has fallen into his own trap after urging the IGP to start arresting celebrities for fooling in an old video that pops up.

In the said video, Shatta claimed celebrities who will be caught fooling should be jailed for 3-5 months so they limit the rate at which they behave.

Well, Shatta has dug his own grave after faking his shooting and causing fear and panic on social media.

Shatta Wale is currently in the custody of the police and has been remanded for 1 week, for faking his own shooting on social media.