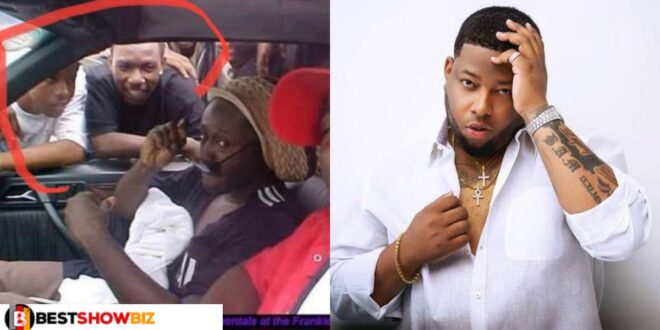 Reggie Rockstone, the hiplife grandpapa, has shared a throwback photo of Ghanaian hip-hop artist D Black begging him to listen to a demo he had recorded.

In spite of the fact that D Black has been in the music industry for quite some time, he only became a household name when his song ‘Vera’ was adopted as Ghana’s national anthem and became a staple on the playlists of many music enthusiasts in the country.

A trial-looking D Black can be seen peering through the window of Reggie’s car, which was sitting comfortably and enjoying the paparazzi inside Osu in Accra.

D Black, according to the caption, was 17 years old at the time of the photo and was most likely in Senior High School.

“Yup! That’s me at 17 years old in front of Frankie’s, Osu begging @ReggieRockstone to listen to my demo.”