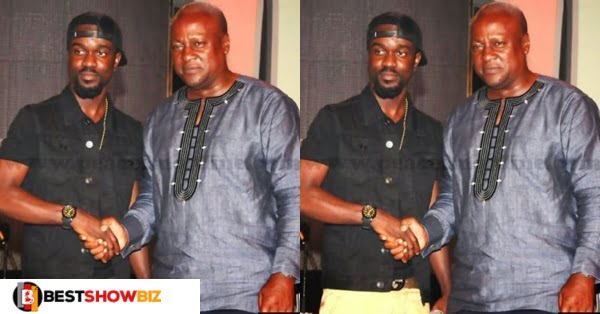 Ghanaian rapper Sarkodie took to social media to announce that he would be paying a visit to Ghana’s former president, His Excellency John Dramani Mahama, at his residence.

Sarkodie’s post from January 6th, 2013 has been reposted in light of the recent increase in fuel prices, which has resulted in transport operators going on strike across the country today.

Due to the strike, many people had to walk very long distances to get to their various places of employment.

Sarkodie revealed in the post that he would be visiting the former president in order to devise a strategy to re-elect him in the next election.