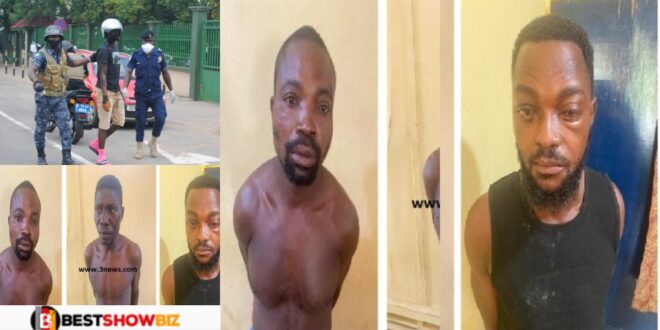 Three Men Arrested For K!llῗng a 31 years old man and selling his body for Ghc 7,000

Three men were arrested by Ghana police after their luck ran out after killing a man and deciding to sell his body for money to a fetish priest in the Volta region.

According to reports, the deceased Albert Anyinado, 31, was killed by three men identified as Kalefe Korku, 42, Afedo Kpotor, 21, and Ametoke Sitsofe, 27, who then told the priest that they would sell the body for GH7000 and that he should assist them in finding a buyer.

The police were said to have intervened in the situation after they pretended to be interested in purchasing the body and eventually met the three sellers at Agavedzi near a lagoon to receive the deceased body.

According to reports, the three decided to flee when they saw the police at the scene, but they were pursued and apprehended at their various homes in Agavedzi, Agbozume, and Adina.

The deceased’s body has been placed in the morgue at Ketu South Municipal Hospital.