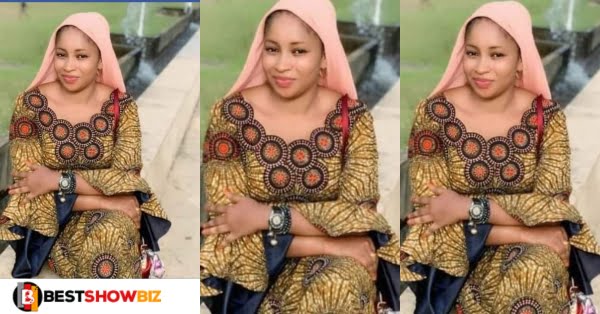 Napo Mohlakoana, a Johannesburg woman, has given an unusual story about how pride and familial influence have ruined her happiness.

Napo Mohlakoana, a 32-year-old single mother, turned to Facebook to share her story about how she drove her husband to divorce her.

Here’s the rest of her story:

WRITTEN BY A DIVORCED SINGLE MOTHER

I’m writing to you to try to persuade someone that it’s important to value our spouses despite their shortcomings.I am a 32-year-old woman. My ex-husband and I had a six-year relationship.

We were intimately connected.I waited till he graduated from college and began working.

After that, my family and his family me

We married and had a child. Now he is seven years old. My husband was irritable at times, but our issues began when I tried to make him feel powerless over me.

I would pack my belongings, go to my family, and explain every time we had a disagreement.

My sisters would yell at my husband over the phone.

If he was controlling me, I would constantly dare him to divorce me if he so desired.

Divorce was never anything I desired.

I just had pride, and I didn’t want to appear to him as a loose lady.

I pushed him so hard one day that he beat me up and locked me outside for the first time.

Every time I looked like I was being abused, I went to my family, and they hauled him to the police station!

But, to be honest, I used to emotionally abuse my husband.

He was detained and arrested.

His family requested that I drop the matter.

I had the impression that what I was doing was incorrect.

My spouse was never a violent man; he did what he did because I shoved him into a wall, where he openly apologized.

We reconciled when I dropped the charge.

After three months, I packed my belongings due to a little issue, and he was left alone.

After two days, I was ready to go.

I got a call saying he was in the hospital.

My family advised me not to go since it would appear that I was begging him, and my sisters suspected he was faking illness.

People felt terrible for me the entire time, as if I was the one who was being assaulted.

He was in the hospital for a week, and when he came out, I was served with a divorce summons.

I wanted to say no to divorce, but I wanted him to change his mind and beg me because I was so proud of him.

I contacted him and told him he was getting divorced because I was living in agony.

When we got to court, I told the judge that I needed his properties divided in order for him to pay.

To my amazement, he told the court that everything he and I had together should be given to me, and that all he wanted was a divorce.

My hubby is now married, and I am here wasting my time!

My family members are slandering me.

For my survival, I rely on what my ex-husband offers to my son.

I’m quite aware that I squandered my time.

I’m here to warn all women to be cautious about how they seek advice.

Don’t be duped, and don’t allow family members to intervene in your marriage, my dear reader.

Even my little sisters are held in higher regard than I am.

Those who persuaded me to divorce constantly tease and criticize me.

Please, ladies, keep a close eye on your marriage.

I thought it would be beneficial to share my tale in order to save your marriage.

There is no point in being proud for no reason.