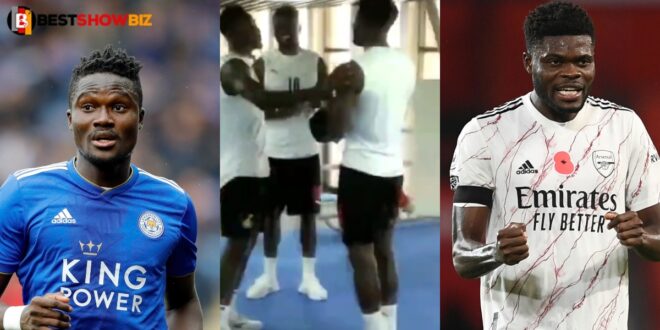 While in camp ahead of the game against Zimbabwe, two key members of the senior national team, Daniel Amartey, and Thomas Partey, engaged in a boxing fight.

The English Premier League stars participated in a friendly boxing match, with defender Baba Abdul Rahman acting as a referee.

Amartey is seen overpowering the fight in a video posted on Twitter and spotted by Bestshowbiz.com, though there was no clear winner.

Because of their abilities, the two players appear to be interested in boxing after retiring from football.

The boys appear to be having a good time together in the video, and the team spirit appears to be high as the match against Zimbabwe approaches.