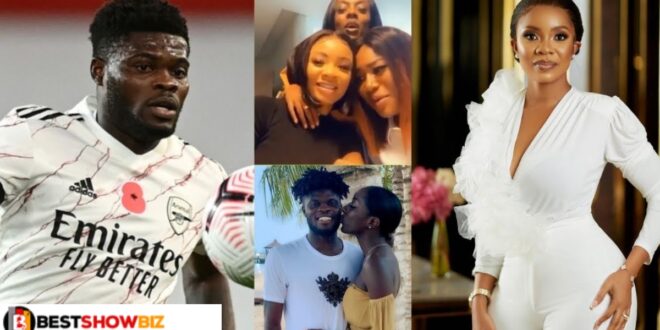 According to reports, Ghanaian footballer Thomas Partey has tasted the honey pot of TV presenter Serwaa Amihere and Sandra Ankobiah .

According to Mari Gyata, an IG blogger, Thomas partey chopped Sandra Ankobiah and dumped her after using her as they were seen kissing at Thomas’ birthday party last year.

Thomas was also said to have chopped Serwaa without Sandra Ankobiah’s knowledge, but they only found out after he had slept with both of them.