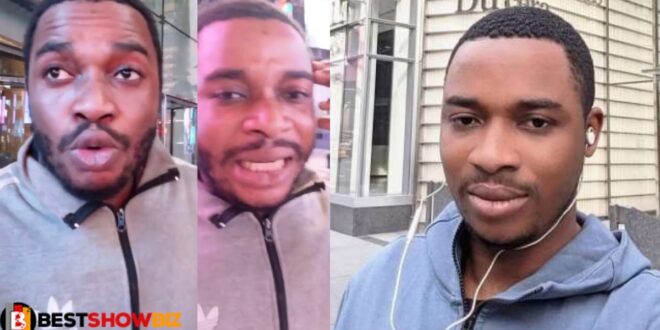 Twene Jonas has been declared wanted by the Muslim community after reportedly speaking about their Prophet Mohammed. Twene Jonas remarked on Muslims’ attitudes regarding the country’s progress in one of his videos.

However, this did not sit well with the Muslim community, and he was placed on the wanted list.

Read Also  "I am breaking up with my boyfriend because he doesn't allow me to watch Telenovela on his Tv"- Lady discloses.
Share