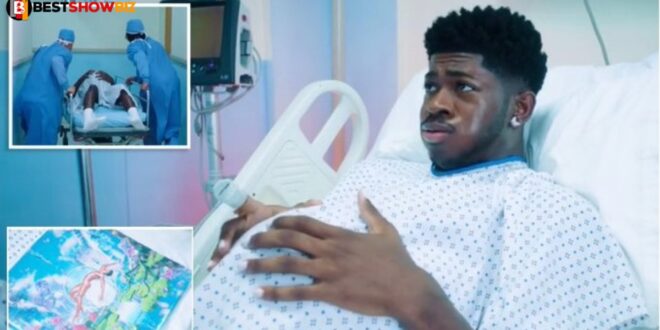 Lil Nas X, an American rapper, shared a video of himself giving birth to montero on social media.

Montero Lamar Hill, the musician’s real name, came to Twitter to inform his fans as he was transported into the hospital on a stretcher.

He gave birth to an album cover for his much-anticipated “Montero” in the video.

The musician who announced his debut album titled “Montero” a few weeks ago has finally delivered it.

“It’s already Grammy-nominated,” he said of the vinyl-sized album cover.