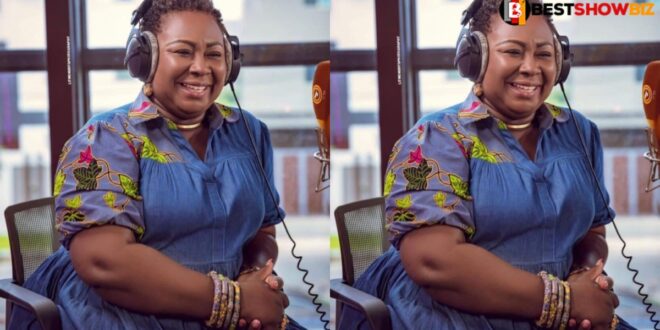 This is scary, we are not safe – Gifty Anti reacts to death of #FixTheCountry activist

Oheneyere Gifty Anti, a Ghanaian media personality and host of the StandPoint show, has responded to the murder of Ibrahim Kaaka Anyass, a social activist and #FixTheCountry campaigner.

Gifty Anti could not understand why certain Ghanaians had grown “too intolerant” to the point of killing someone who was fighting for his and others’ rights, as he pondered the circumstances surrounding his death.

She characterized the experience as “bad and scary” in a Facebook post, and demanded an immediate inquiry into the case to bring the culprits to justice.

“This is bad and scary!!,” she said, adding, “This needs to be investigated as soon as possible, and the perpetrators must be punished.”

The events surrounding Kaaka’s death, according to Gifty Anti, reflect poorly on the Ghana Police Service, the Akufo-Addo-led administration, and the country as a whole.

I never heard of him until last night when I saw Barker H Vogues and Bashiratu Kamal-Muslim’s posts on his death, then I went asking questions!!

This is bad and scary!!! This must be investigated as fast as possible and the perpetrators punished.

1. This does not look good on the Ghana Police Service (and I am a police daughter, so the image of the police matters to me)….

2. It does not look good on government, the state and the country (and I am a proud Ghanaian and will always be irrespective of who is in power)….

3. And it is scary for all of us, especially those of us who believe in, champion and fight for one cause or another (which most of the time makes some people uncomfortable ).We have become too intolerant!!!

We easily get angry and viiolent over things that in the long run, will benefit all of us!!! Our anger is no more for ‘righteous causes’ but for selfish gains!!! Yes, some of us suffered threats, insults, ridicule etc and still do sometimes for what we stand for…..but to kill someone? Indeed, None of us is safe, if one of us is not safe!!! May Kaaka Rest In Peace and May his death not be in vain!!”

Anyass, also known as Macho Kaaka on social media, died on Monday, June 28, 2021, at the Komfo Anokye Teaching Hospital in Kumasi, where he was being treated for life-threatening injuries sustained in an attack by a mob in the early hours of Friday, June 25, in Ejura, Ashanti Region.