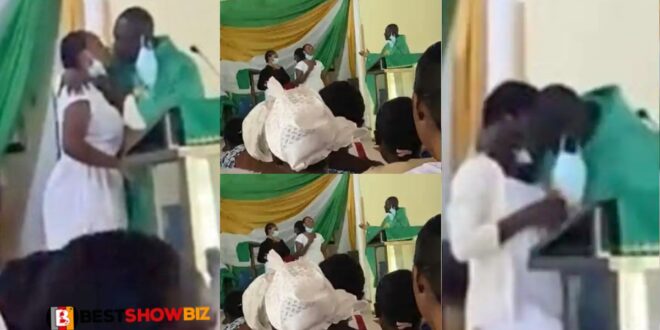 “This is not the first time, He has been doing worse things to the us”- Student of St. Monica college exposes Priest

A piece of new information has surfaced just hours after a video of an Anglican priest kissing some pupils from the St. Monica College of Education went viral.

According to recent evidence on our news desk, this priest is no stranger to doing things like this in front of pupils or congregation.

Following the release of the kissing video, a social media user, who we assume is a student at the same school, remarked that kissing is the last thing he has done.

The priest in issue, according to the netizen, has been doing other things with some of the school’s children.

The netizen said that he once invited a female mass server to sit on his laps, but she refused, and he despised her ever since.

He emphasized several suitable terms during his Sunday sermons, she confessed.