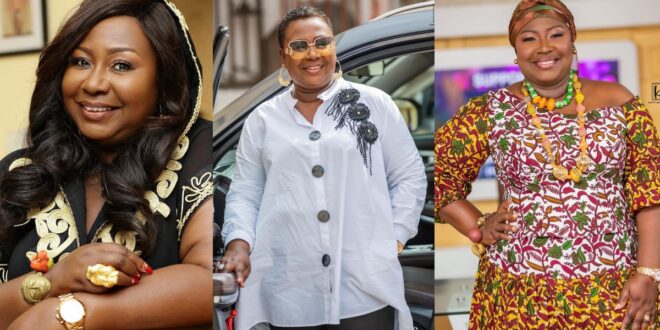 Mrs. Gifty Anti has adamantly stated that it is unheard of for her significant other to mistreat her for the sake of marriage, regardless of whether it would result in a breakup.

Separation is a better option than committing suicide as a result of marital violence. She has encouraged all women who have been exposed to marital violence to flee before they are murdered.

She went on to say that it’s an awful situation that some African women think it’s natural to be whipped by their husbands. She claimed that it is extremely rare and that it should be rejected.

Gifty Anti was heartbroken at the two circumstances that led to the death of a Deputy YEA chief’s wife and another woman who was the wife of a businessman.

She expressed her dissatisfaction with the situation and says she is contacting both partners to organize a movement with the slogan  ” Marital maltreatment is absolutely strange and should be debilitating”.

Gifty Anti has worked as a lecturer and a journalist for a number of years.  ‘ She is the creator and presenter of her ‘the stand point’ show right now.