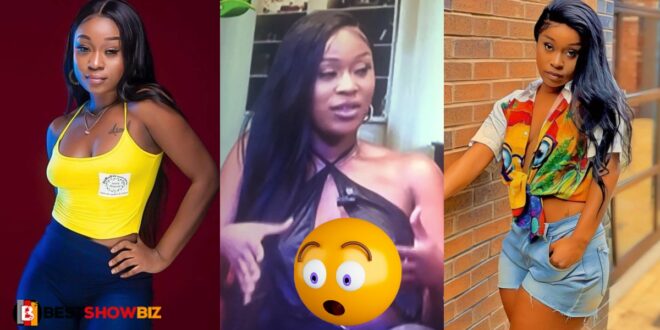 The cornerstone show of Despite Media’s UTV is ‘United Showbiz,’ a discussion platform for the entertainment industry in which issues pertaining to the industry are addressed.

Patronage for this program is quite high, One would have assumed that the management of a media company with countrywide coverage would go above and beyond to safeguard the brand, which they do admirably.

Unfortunately, there are occasions when they fall short of expectations.

One such occurrence occurred during their most recent episode, when a too badly dressed socialite made an appearance on the show, much to the surprise of the audience.

According to the photographs, her outfit exposed her upper body to such an extent that portions of her bo()bs could be easily seen.

As much as no one blames her for what she chose to wear, given that it is a question of personal preference, one would have expected her to be more adequately covered than what was shown.