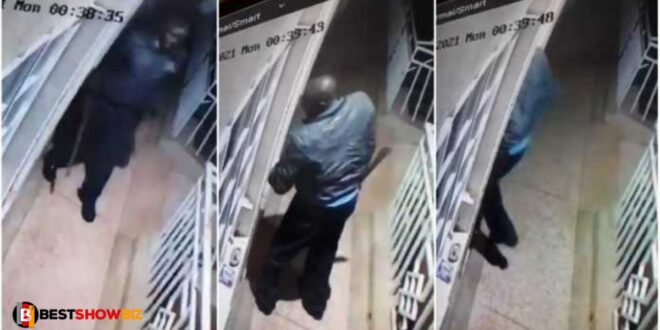 On social media, a closed-circuit television (CCTV) video of a corrupt police officer engaged in criminal activity at night has surfaced.

The rogue cop was witnessed breaking into the residential shop after the owner had left, armed to the teeth with a heavy long metal rod that he employs to break into apartments and shops.
On a Twitter page, Cyprian Nyakundi posted the footage and slammed Kenyan police personnel, branding them thieves.

“Criminals dressed as Kenya Police officers are observed breaking into a home.

He wrote, “Kiganjo Police College should be disbanded since it produces thieves rather than law enforcement officers.”

Here’s some of the most popular CCTV video

Read Also  "I married a beautiful woman with bad Character"- TT explains how he became so poor.
Share