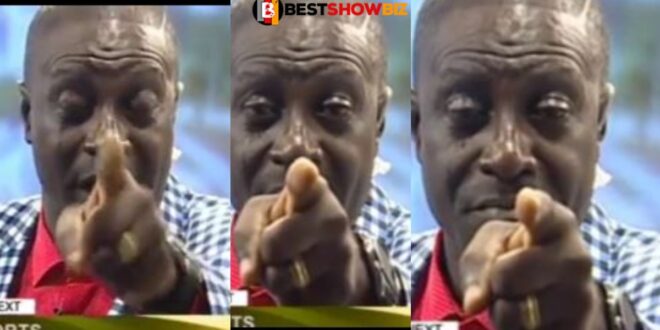 Captain Smart, a prominent radio/TV presenter, was seen crying on live TV earlier this morning on his show, Maakye on Onua FM and TV, as he decried the sorry state mother Ghana is in as a result of previous politicians’ neglect and casual behavior.

The video, which has received a lot of attention on social media, has elicited a wide range of responses from internet users.

While some on social media have praised him for always speaking the truth to authority and striving to get Ghana back on track, others have slammed him viciously and labeled him a “drama queen.”

Some netizens have claimed that Smart is doing this for public attention, while others think that he simply misses his previous station, Angel FM/TV, based on some of the replies on his Instagram page.

Captain Smart’s actions were described by one netizen, Unorthodox Joey, as “such dramatic nonsense.” “Oh please, what a drama queen!!” wrote one Mr Honesty. Yes, as a country, we have problems, but this???? no, no

Please take a look at the video and the other responses in the comments box below.