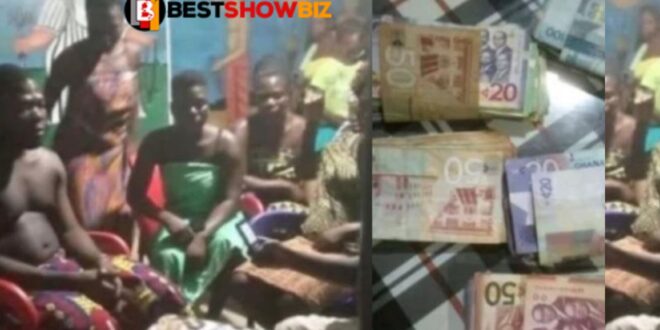 The burglars originally denied stealing the money when approached by the owner, according to Revival FM in Tadzewu.

The victims went to Borkor Bullet Hanson’s shrine for help, and the priest conducted rituals and dispatched his gods after the robbers.

“A ritual was performed to cause the thief to return the money,” Revival FM claimed on Facebook.

According to the local radio station, shortly after the rite, “one of the accused came crying begging for his life with the bag of stolen money”.

The post by Revival FM drew replies from Volta Facebook users, with some mocking the development, writing “man pass man”.