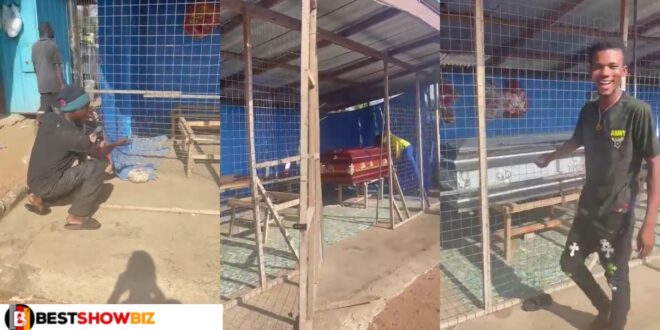 A strange event is claimed to have occurred in Mamponteng, Kumasi when a coffin maker opened his business to discover that two of his coffins had been stolen.

One of the workers, who frequently arrive early to open the shop before his boss arrives, voiced his surprise in the video, asking what could have prompted someone to steal a coffin.

The robbers got off with two of the coffins that were covered in a wire gauze covering, using a plier to open a hole in the wire gauze.

Internet users who saw the video were astounded that the burglars couldn’t think of anything better to steal than coffins.