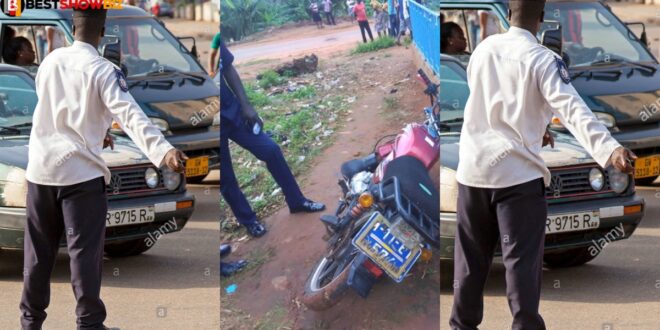 In Accra, a police officer lost his motorcycle while regulating traffic.

While following a motorbike rider for destroying his side mirror, an Uber driver collided with another car in 37, an Accra neighborhood.

The crash caused a major traffic jam, but happily, a police officer on a motorcycle arrived to help control the situation.

To regulate traffic, the police officer parked his motorcycle and stood in the center of the road.

A burglar stole his motorcycle while executing his duties as a traffic warden.

The robber took advantage of the chaotic circumstances and stole the police officer’s motorcycle.