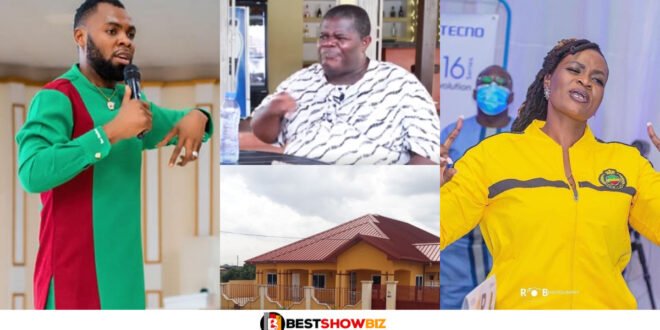 “They only gave me GHC 600 and soft drinks after promising me a house”- TT exposes Rev. Obofour and Ayisha Modi (video)

TT, for example, has accused Ayisha Modi and Rev Obofour of tricking him after they promised to give him a house.

According to TT, when he publicly begged for help with his rent and upkeep, Ayisha Modi reached out to him, promising that she and her godfather, Rev. Obofour, would build him a house, but they have yet to do so.

TT claimed in an interview with Okay FM that he only received GHC 600 and soft drinks from Ayisha Modi and that nothing has been done regarding the house she promised to build for him with the aid of Obofour.

Ayisha Modi has stated that, in addition to the GHC 50,000 TT from Bawumia, he got numerous more donations that were not recorded.

Ayisha went on to say that she personally donated to TT a sum of money equivalent to one year’s income. TT, on the other hand, is out in just four months to continue begging.

Ayisha Modi, upset, chastised TT and inquired as to what he had done with all that money.

TT, on the other hand, has labeled her a liar and stated that he has only collected GHC 600 from her.