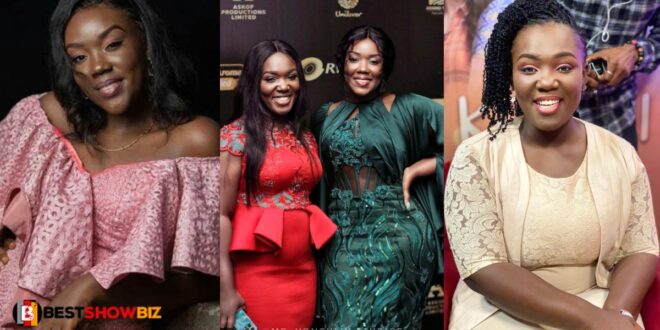 Because to her husband’s prominence in our entertainment industry, Stonebwoy’s wife, whose true name is Louisa Kwakye Ansong Satekla, has gained enormous fame.

Cynthia Tima Yeboah, better known by her stage name Tima Kumkums, is one of the most well-known media female personalities we have in the country today.

Cynthia is a television host for Adom Tv, where she has been since 2004.

Because of the nature of her job, she has been allowed to associate with a variety of famous people.

Dr. Louisa Ansong, the wife of Stonebwoy, has published fresh images of herself with Cynthia Tima Yeboah, and the photos are generating quite a stir on the Internet.

Take a look at the photographs below.