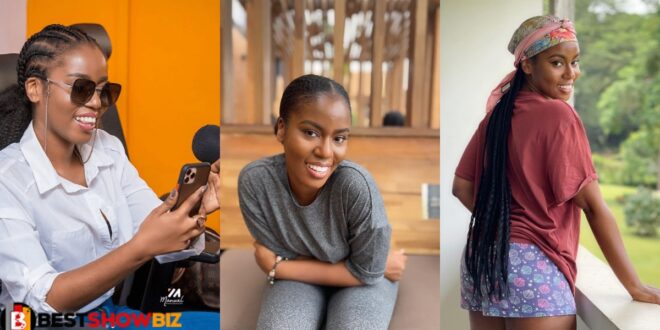 “They gave me a car, but asked me to pay for it when I left”- Mzvee speaks about Lynx

Mzvee, a singer, has said that her former record label, Lynx Entertainment, gave her a car and then demanded that she pay for it.

Mzvee revealed in an interview with Ola Michael on Neat FM that her former label gave her a car but demanded that she pay for it when she left.

“They bought me a car. They dashed it to me but tam supposed to pay for it. I don’t know why but that was what was said when I was leaving and I told them I will do my best to pay so I will pay small small.I had the car at the time I left. I have different cars. I don’t have the car Lynx gave to me anymore but I won’t go into that.” Mzvee told Ola Michael in an interview on Neat Fm monitored by bestshowbiz.com.

Mzvee went on to say that Lynx Entertainment was trying their best by paying for her clothes and paying her rent on a regular basis.

“It was the label that was doing the best so you wouldn’t get everything but it was better than none. It’s not a record label in America that is making so much money off royalties or radio, we don’t have here so you do the best.” She added.

Mzvee claimed that when she was with Lynx Entertainment, Richie, Kuami Eugene, Kidi, and Akwaboah created songs for her.