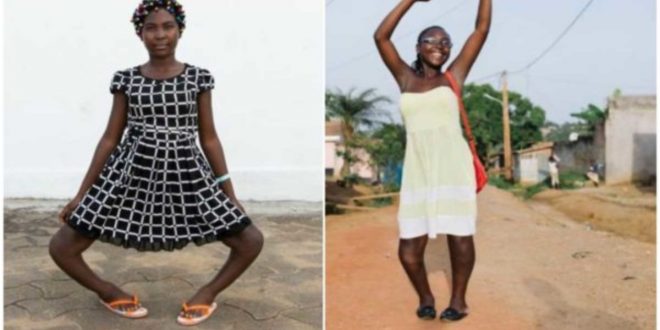 A lady has shared her powerful testimony with pictures after she was healed and operated on a severe bow legged condition.

Julienne a 14 year Cameroonian, narrating her ordeal she revealed that she was called a witch by her collegues and sometimes walking was difficult.

Julienne received life-changing treatment by international charity Mercy Ships, who were able to straighten out Julienne’s legs and give her a normal life.

It took several months before Julienne was given the green light to return home.
When Julienne looks at photos of herself before the surgery, she doesn’t even recognise herself.