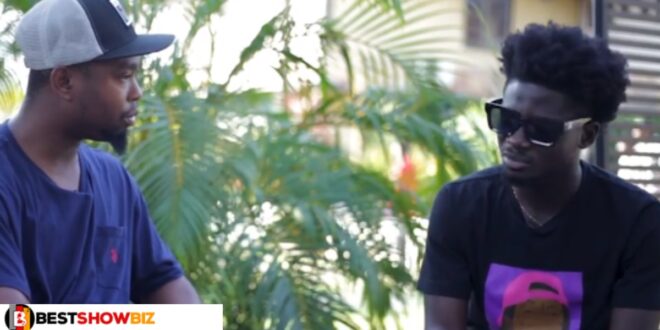 Afrobeat musician Kuami Eugene has slammed critics who accuse him of sampling songs.

Several times, Kuami Eugene has been accused of stealing songs.

Each song he releases seems to be the subject of a copyright claim or an accusation of piracy.

His most recent retort was harsh and rough, claiming that anyone who said that was incredibly loud.

According to him in a recent interview, people who say that are just stupid and f00ls, and he laughs in the process.