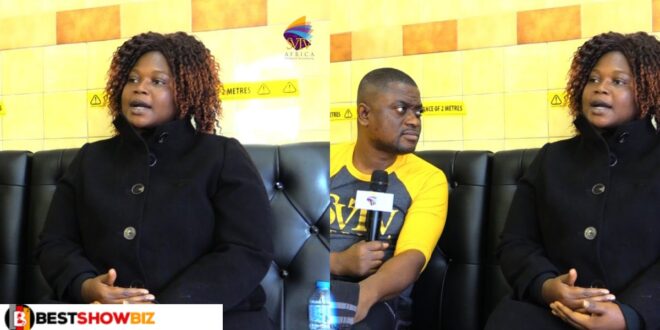 A Ghanaian woman living in the United Kingdom has advised Ghanaians and other African migrants to remain in their home countries if they are able to accumulate a significant sum of money each month.

The woman, Eva Yeboah, stated that she would not have gone abroad if she had well-paying work and had the ability to save at least 300 cedis per month.

The warning was delivered by Eva when she spoke with DJ Nyaami on SVTV Africa, a segment that was afterward shared to YouTube.

As a result, she encouraged Ghanaian teenagers to only travel overseas if they do not have a well-paying job available in their home country.

Read Also  This will shock you!!! Lady with Big A$$ allow men to fondle her on stage (video)

The young woman, to her surprise, admitted that she had not been happy since she relocated to the United Kingdom a year ago, saying that, while she is able to save more money from her employment abroad, she is losing her peace of mind in the process.