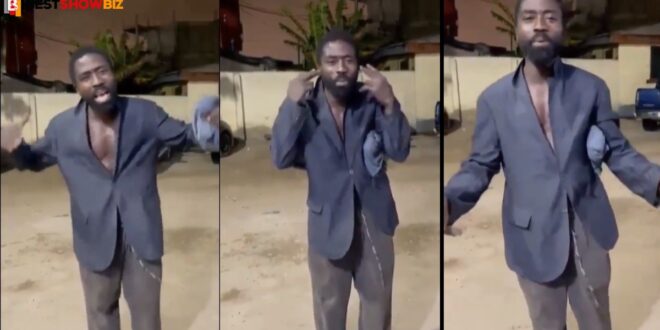 Theif who was made to sing Romantic songs gets an invite to Angel FM to start his music career.

Instead of completely beating thieves, Takoradi residents have devised a really inspirational way to change their lives.

Unlike others who spend years in jail without reforming or transforming, Takoradi residents utilize only a few hours to alter the lives of suspected or convicted criminals.

One of these crooks was recently captured and was made to clean gutters in Takoradi after committing numerous crimes in the vicinity. After finishing his duties, he was fed and made to sing Kofi Kinaata’s songs.

He was subsequently released, rather than killed or sent to the police station.

He was then left alone with a duty officer to sweep the whole Police Station complex.

Then he had kenkey with fried fish and hot sauce to satisfy his appetite. They discovered that this offender had musical talents.

A lack of financial backing for his music career led him to steal wires, he claims.

When he was permitted to sing a few lines from his songs, he surprised Ghanaians. Many Ghanaians have fallen in love with him, including an Angel TV presenter.

Kwadwo Dickson, Angel TV’s presenter and general manager, vowed to welcome him and help him develop his music career.