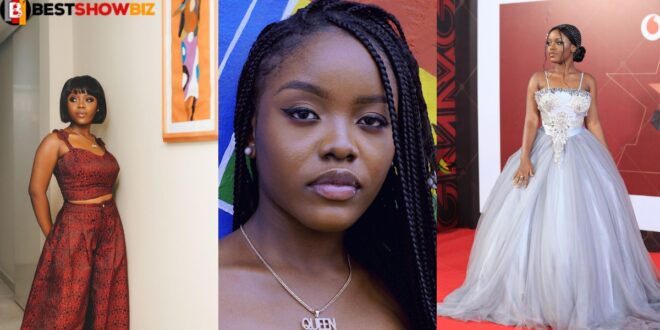 The Vodafone Ghana Music Awards, now in their 22nd year, were held last night, with some unexpected victories and disappointments.

Our very own Gyakie is one performer that has been picked by many industry insiders to take the awards night by storm.

Gyakie has done extremely well since her debut, releasing a number of solid singles as well as a well-organized extended playlist named the Seed EP. She also racked up some impressive figures on various digital platforms, topping many charts at various times.

However, things took a dramatic change during the awards presentation, when the stage was prepared to honor industrious musicians who had put in long hours throughout the year, with Gyakie receiving three nominations ahead of the show.

Despite the instant effect she had since she stepped into the scene, she failed to win a single award, and she took to Twitter to show how determined she remained despite the loss.

“The only motivation in this, is you 💛Keep listening and supporting Gyakie Music 💛 The world is ours 😈” Gyakie wrote