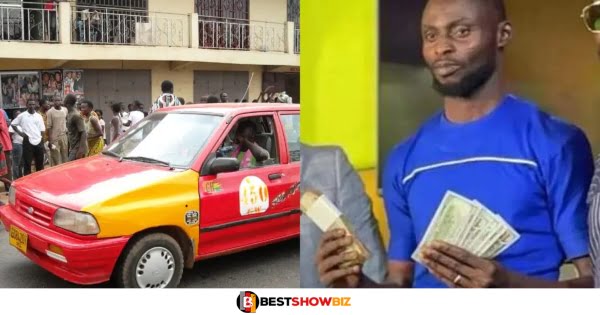 The Church of Pentecost is overjoyed because one of its members has demonstrated that they not only hear but also practice God’s word.

The kind-hearted Taxi driver who returned the 8400 cedis he found in his car belonged to this religious organization, and his efforts have restored trust in humanity as well as the church.

The taxi driver stated that he is a member of the Pentecost church in a recent interview with Abeiku Santana on Okay FM.

When asked why he returned the money, the cab driver said that as a Christian, he believes it is wrong to steal something that isn’t his.

As a result, when he noticed the bag of cash, he realized it belonged to the fishmonger he had taken. To return it, he drove all the way to her house.

He has received more than he bargained for as a result of his act of generosity.

Manasseh Azure, a renowned journalist, has given his contact information with individuals who wish to reward him for the good deed he did.