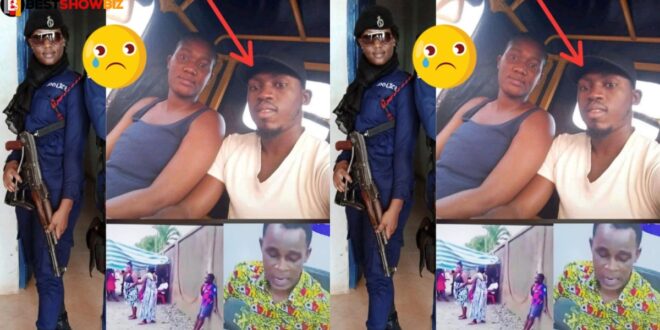 The lover of the murdered policewoman is the main suspect in this case. Louis Asante, alias Gago, has fled the scene following the woman’s death.

He reportedly got into a fight with his girlfriend after accusing her of meeting a military officer. Gago approached her after she had visited the military man in Damongo.

The Policewoman was subsequently discovered in a bloody puddle with knife wounds all over her.

The presenter of Angel Midday News said the boyfriend of the policewoman has returned to Obuasi.

Edith Mantey, the deceased’s aunt, voiced disappointment with the Obuasi Police’s handling of the case.

She said “When we learned about her killings, we called the cops. It was a police officer, one of your own. We couldn’t even write our statement at the police station.

The cops were unprofessional from the start. We subsequently learned the man intended to hang himself from his room’s fan. The room contained a deadly chemical, but his claimed corpse was missing. “

according to Kojo Dickson of Angel FM, The suspect wants to play clever by deceiving people that he has committed suicide but is still on the run,