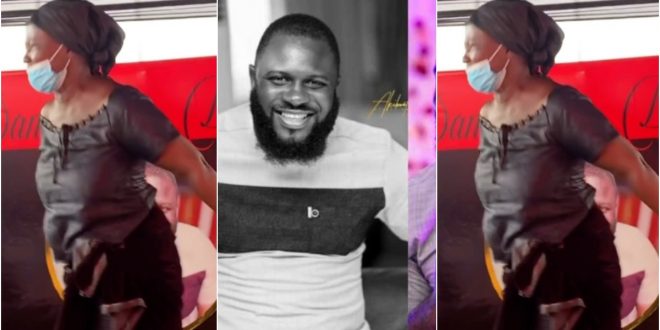 The one-week observation of the late Despite media employee, Kwadwo Wiafe was a success and it came on at Tabora located in Accra.

Prominent people in the country in the likes of Osei Kwame Despite, Dr. Ofori Sarpong and some Ghanaian celebrities were present at the celebration to sympathize with the family.

Among everything that occurred during the observation, the one thing that caught the attention of many as it made them sad was a video that captured the mother of Kwadwo Wiafe shedding tears uncontrollably as she could not fathom the loss of her son.

The late Kwadwo Wiafe worked at Neat FM as a radio presenter. He lost his life about a week ago at the Nyaho Medical Centre after battling with an illness leaving behind a wife and three children.