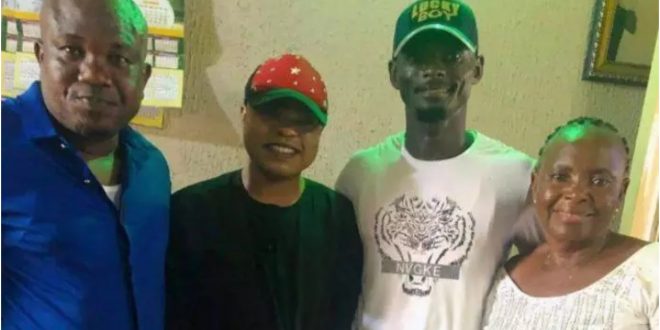 Popular Nigerian Internet personality and cross-dresser, Bobrisky, was spotted at his parents’ residence in Lagos, for the celebration of his father’s birthday dressed as a man.

Reacting to this, a lot of people have been talking about the reason why Bobrisky didn’t dress like a lady to his Father’s birthday.

Popular Instagram blogger, Cutie Julls has finally disclosed the reason why Bobrisky chose to dress as a man instead.

According to him, Bobrisky wanted to act as an obedient child because his father has warned him not to attend his birthday party dressed as a lady.

So as to honour his father and to be able to attend his father’s birthday party, he chose to dress like a man so as to make his father happy.