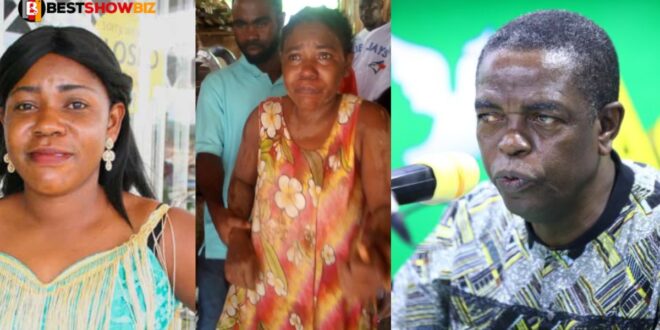 According to veteran journalist Kwesi Pratt Jr., the woman at the center of the Takoradi kidnapping case deserves an award from the Actors Guild if it turns out that she wasn’t pregnant when she was abducted.

He stated on the Friday episode of Kokrooko on Peace Fm that he feels the woman’s husband is telling the truth and that he believes the woman.

He asserts that he has no reason to question the Axim Hospital’s report that the woman is not in fact pregnant.

Kwesi Pratt went on to say that if the Police Department and Regional Minister’s assertions that she was not pregnant are correct, the woman needs to be awarded.

“I don’t believe the husband is lying. I believe her husband really believes his wife was pregnant. So, if it turns out that this woman wasn’t pregnant, I think she deserves an award from the Actors’ Guild. Seriously! Because this woman has ably convinced many people that she’s pregnant. All those living in her area know she was pregnant . . . If for nine (9) months, the woman has really done things for people to believe she was pregnant, then Bruce Lee and others must go to her for lessons,” he stated on Peace FM’s ”Kokrokoo”.