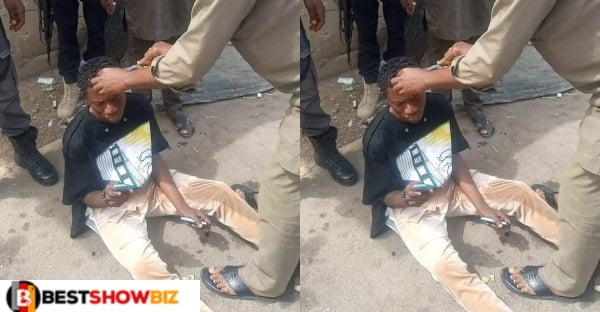 The Nigerian government has begun cutting the dreadlocks of young people, claiming that they are a nuisance.

In the Kogi State of Nigeria, the local administration has begun to cut the dreadlocks of youths with the argument that they serve as a nuisance to society.

The administrator of the Okene Local Government Area has been photographed forcibly cutting a young man’s dreadlocks.

According to the account, the teenager was instructed to sit on the floor while the government official went for a pair of scissors which he used to chop the mountain of thick hair down.

That was an initiative by the local assembly to purge the area of youth with dreadlocks.

Nigerians have responded with disgust but Zubair Amoka was bolstered by the company of police officers who guaranteed that the teenager was made powerless for his dreadlocks to be clipped.