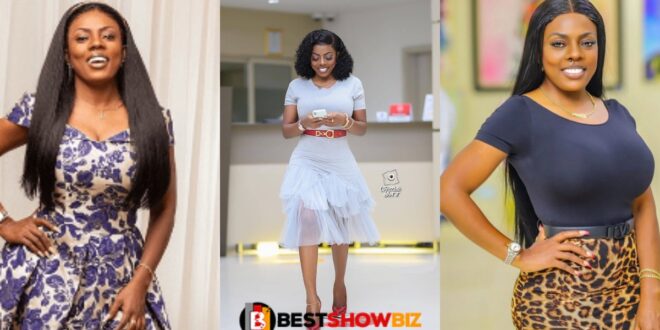 Nana Aba Anamoah, the General Manager of GHOne Television, has stated his loss of faith in humanity.

The often charitable media celebrity has hinted that she has lost trust in humanity.

“The more I meet people, the more I love cartoons,” she wrote on her official Twitter account.

This is far too serious coming from someone who prioritizes the interests of others before her own.

Nana Aba Anamoah has influenced the lives of many people over the years.

She is offered random males jobs, paid people’s fees, given kids laptops, and given them a lot of money.

We do not know who might have caused her harm, but we hope Nana Aba Anamoah continues to impact the lives of strangers.