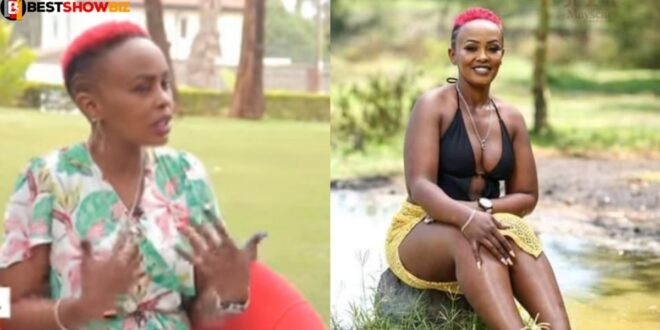 a thirty six years old lady called Jackline also known as Kiki has been in the news after she acknowledges to have deliberately infected numerous men with HIV/AIDS.

She made the revelation on a TV program, Tuko Talks.

She disclosed in the interview she had with Jackline, that she had infected many men with hiv intentionally and she doesn’t regret it. From her narration, it was evidently clear that She is depressed. The lady was left at a young age to fend for herself and that led her into something she isn’t supposed to do.

Jackline Njoki Mwangi also known as Kiki is admitting to having knowingly infected multiple men in Kenya with HIV.

She also reveals that her mother’s hatred, absence and lack of sympathy towards her is the cause of all her misery. This woman who has lived with HIV for the last 18 years says she has had enough and the reason she is coming out is to warn men against sleeping with every woman they see around, create awareness and ask her family to stop abusing her every other time.

Read Also  "Shouting 'i receive it' won't make you rich, you have to work hard"- Fella Makafui
Share