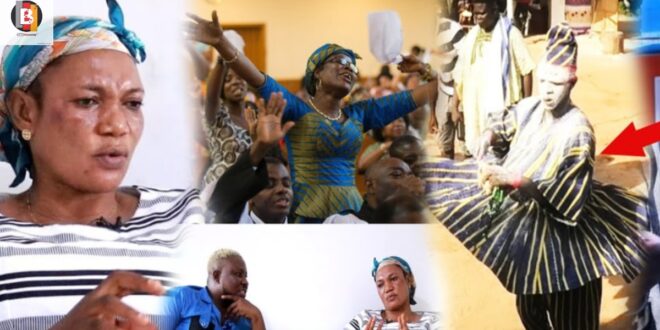 Elizabeth Dankwa, better known as Prophetess Dankwa, the leader of the King Solomon Universal Chapel, has questioned why Spiritual Father failed to storm her church as he promised.

Spiritual Father, an Ashanti-based fetish priest claimed that Prophet Dankwa used evil forces to manage her church and that he was the one who gave the prophetess the powers by bathing her at midnight at a cemetery.

The fetish priest indicated that he would storm her church on December 31st during her cross-over service in order to uproot some of the idols he had established for her.

That’s not to say that the fetish priest didn’t carry out his threat as he failed to show up to the church. In a fresh interview with Prophetess Dankwa, she disclosed that she waited for the spiritualist to show at her church on the stated day, but he didn’t.

She made it clear in her interview with Ghpage Tv’s Rashad that she had no business dealings with him and was, therefore, not afraid of the threat he made during his.

She went on to say that if the Spiritualist had the guts to carry out his meaningless threat, he would have become crumbled and crawled out of the chapel by the power she has from God.