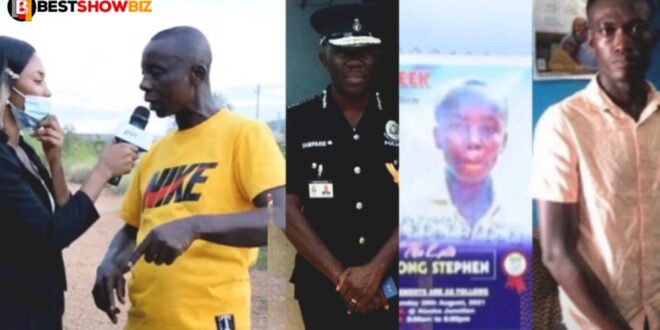 “The IGP is a man of God; he asked me to rely on God during this hard times”- Father of Abesim murder victim

Stephen Sarpong’s father, a 15-year-old victim of the Abesim Murder, has expressed gratitude to the current head of Ghana Police for his handling of the case.

Inspector-General of Police (IGP) Akuffo Dampare, according to the devastated father, has won his heart.

The father told Pinax TV that he didn’t anticipate an entire IGP coming to visit him after his son died, but that when they came, he was able to overcome his grief.

The man says this current IGP is God-sent and that he believes he will give his son justice.