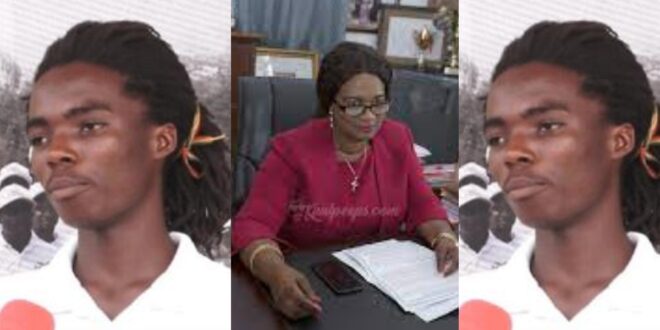 Ras Nkrabea, a JHS graduate who was refused entry to Achimota SHS because he is a Rastafarian, has revealed some information from the headmistress.

According to him, the headmistress told him categorically that he would not be admitted with such thick hair on his head in one of his latest interviews.

He claims the mistress told him that if he is admitted, other students will claim that their religion forbids them from bathing and that they, too, must be admitted.

Ras claimed that the remark stung him to the heart, and he went on to share some interesting information.

He also threatened to sue the school’s administration.