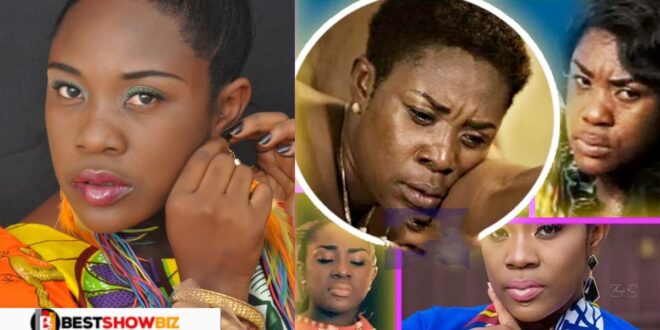 Have you ever considered the possibility of sleeping in a coffin while still alive? As for Emelia Brobbey, a Kumawood actress, she says that was the most difficult acting role she has ever had to perform. This was stated by her in an interview with Abeiku Santana, which aired on UTV yesterday.

She describes her acting experience as “strengthening, tedious, and terrifying” because she had to lie in a casket for the duration of the film.

Despite the fact that she has appeared in over one hundred (100) films, taking a nap in a casket implies that the person is dead in real life, which is a difficult role to play.

Emelia Brobbey also revealed that she had a restless night on the night of the filming, to the point where she sought the assistance of her pastor, who prayed for her.