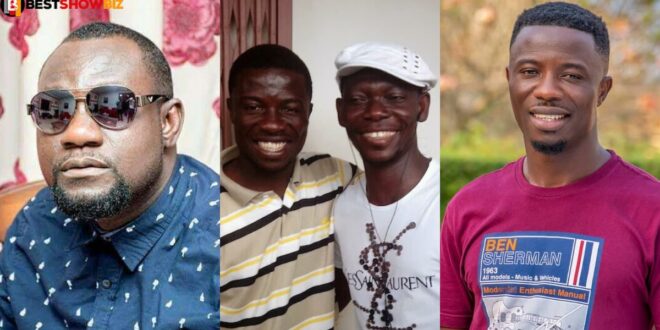 Papa Kumasi, a Ghanaian actor, has spoken out about how Agya Koo and Kwaku Manu’s feud affected him.

He revealed this in an interview with Poleeno that bestshowbiz.com spotted.

Because of Kwaku Manu, Papa Kumasi said that Agya Koo was not on speaking terms with him.

The Kumawood performers, he said, were divided into factions.

He stated that he was in Jones Agyemang’s camp, which included Kwaku Manu and others.

On the other hand, Agya Koo was part of a group led by Director Frank Fiifi Garbin.

Due to these conflicts, Papa Kumasi stated that neither party would accept roles in which the members of the opposing party would be cast.

He emphasized that the problem was impeding the growth of the film business.

Papa Kumasi remembered how, if the producer hadn’t intervened, he would have been passed over for a movie role.

Watch his explanation in the video below.