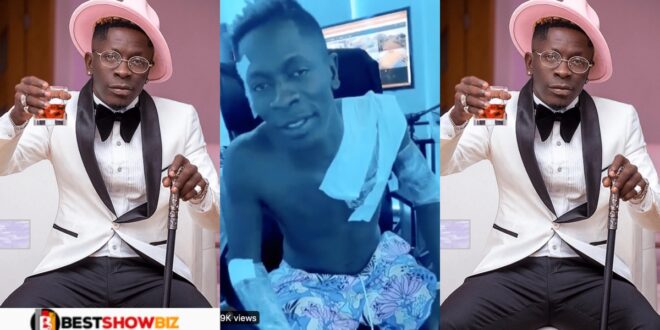 Shatta Wale, a Ghanaian dancehall artiste, has revealed the reason for his lean and sickly appearance in a Facebook post.

According to the “Borjor” hitmaker, who was detained and remanded in police prison for faking a shooting, he is skinny because that is how he wants to seem.

Shatta Wale further stated that he will not gain weight and that his rapid weight reduction should not be a problem for them because he enjoys being the way he is right now.

He also stated that he is not MR Ghana, who is heavy and muscular.

“Pls am not MR Ghana so ppl shd stop saying I should gain weight .. I love the way I am because I want to be like that for now. You deh der and talk about my life anyhow yougo go Ankaful,” Shatta Wale wrote on Facebook.