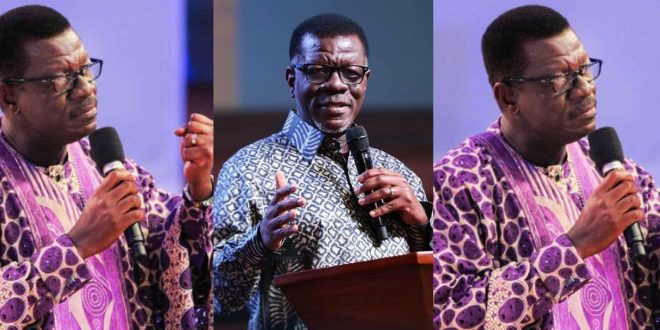 A throwback video of pastor Mensah Otabil angrily criticizing the proclivity for doom prophecies within Christianity in modern times has been reshared on the internet to match Shatta Wale’s phony gun assault plot.

The founder and pastor of Central International Gospel Church (ICGC) can be heard in the film claiming that false and doom prophesies have enslaved people and that this problem must be addressed urgently.

He stated that while he dislikes criticizing other men of God, their ways in recent periods have resulted in a major condemnation of Christianity, which is why so many people are losing interest in the religion.

The video has served to foster public debate following the arrest of Jesus Ahuofe, a Ghanaian prophet who was reportedly jailed for creating fear and panic when he declared on the radio that Shatta Wale will be assassinated.