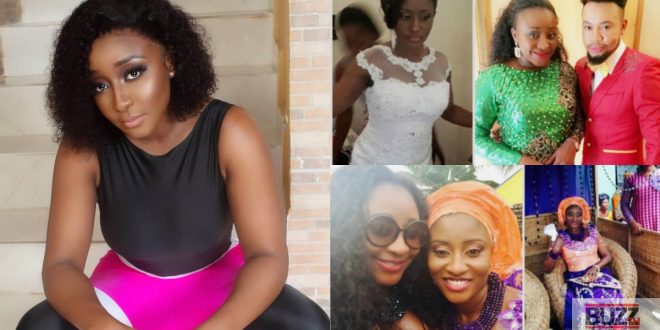 The Biological siblings of Nollywood actress Ini Edo have surfaced the internet.

Ini Edo is one of the actresses who keep her family life private despite people who looks like her are claimed to be her siblings.

the actress comes from six families and out of them are her older sister Ukeme, younger sister Ify, and younger brother Oti according to reports.

well, somewhere 2014 Ini Edo flaunted her sister Ify who was getting married then and that was all about her family.

and as we move on we have sighted photos of the three siblings of the actress which have fast gone viral.