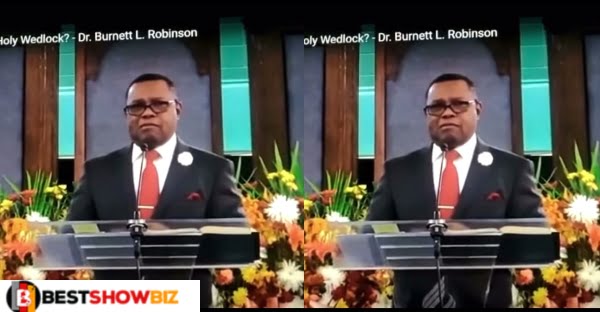 One of the Seventh-day Adventist Church’s most prominent pastors has sparked outrage by encouraging men to sexually assault their partners in an online video.

In the context of his lecture about subordination for women, pastor Burnett Robinson made a vague remark. speaking a Grand Concourse Seventh-day Adventist, a church located in Bronx borough, the man of God is reported to have said “I would say to you gentlemen, the best person to rαpe is your wife,”

His view was on the back of a lawsuit filed against a husband for rapping his own wife. he advised women in the congregation as he said “In this matter of submission, I want you to know upfront ladies, that once you get married, you are no longer your own. You are your husband’s.”

Meanwhile, a Change.org petition has been initiated for Robinson’s resignation. The petition received 355 signatures as of the time of the reporting.