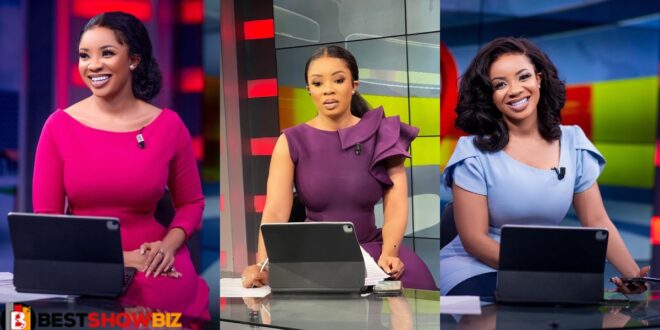 Serwaa Amihere, has provided timely motivation to all lawful hustlers, particularly those who can pay all obligations without owning anyone.

It’s a blessing, according to the sassy journalist of GHOne TV fame, to be able to pay all of your bills and not owe anyone anything.

Serwaa Amihere announced it on Twitter, and for the first time, the majority of her fans agreed with her without throwing a fuss.

Serwaa Amihere, who presently works for GHOne TV, is a Ghanaian broadcast journalist and news presenter. At the 2018 Radio and Television Personality Awards, she was named Television Female Newscaster of the Year.