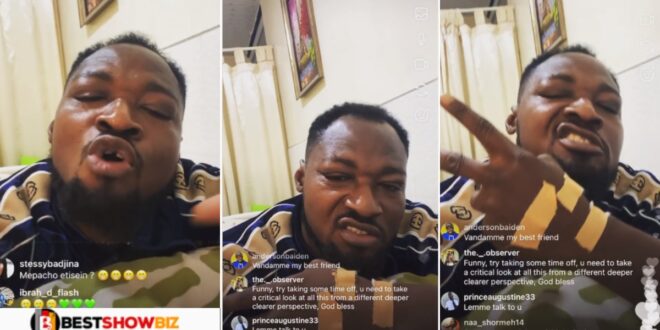 Shatta Wale and Medikal’s bail has elicited a response from Funny Face. The comic actor, who has been diagnosed with bipolar disorder, wrote a letter to his industry colleagues.

Funny Face is currently incarcerated at a psychiatric facility. In response to the release of the two musicians, he took to social media to request that Shatta Wale keeps in touch with his SM and FunnyFans.

He pleaded with him to inform the followers that he would be returning shortly. In the same post, he proclaims himself to be the king of bipolar disorder. Funny Face praised Wale for mentioning him in a song that played in the background while he went live on Instagram.

‘Kasoa Vandemme’, on the other hand, revealed that he has composed a song for himself and Shatta Wale that details all they have been through, and that when he comes out, he will record the song with him.