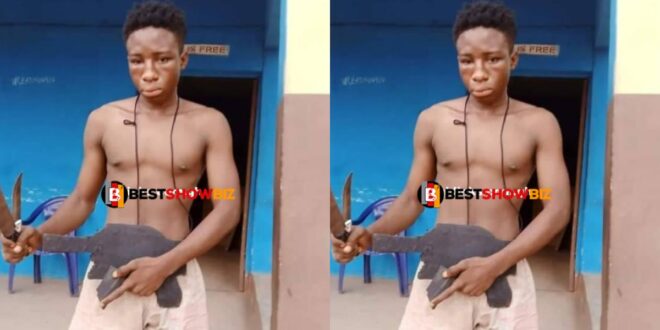 Emmanuel Peace, according to the police, uses a dummy wooden gun to force victims without funds to make bank transactions in an account linked to one “Anwanga Abasi Nathaniel Udo.”

Following a distress call during an operation, he was caught by the Okpanam Division of the Delta State Police Command.

Before his arrest, the suspect successfully forced an elderly couple to send 600,000 naira to the account, according to the state command’s acting PPRO, DSP Bright Edafe.

Two knives and a torchlight, as well as the dummy gun used to intimidate his victims, were found by police at the time of his arrest.