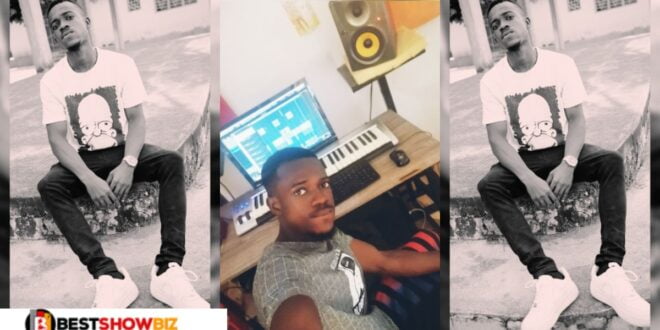 Yaw Geng, an upcoming musician, is believed to have committed suicide after complaining on Facebook that he was suffering too much in life.

Someone suggested that if he was tired of life, he kill himself after he posted his message.

Yaw Geng appears to have done exactly that, as people close to him have confirmed that he has committed suicide.

The young man, who went by the name Yaw Geng on Facebook, was a musician and producer who was working hard to get his music out there, but it was not easy.

He took to Facebook on Saturday, October 16th, to lament how difficult life is and the pain he is experiencing.

He wrote: “Sometimes things don’t go as planned and there is nothing you could do aside giving up. we are only humans and we are not meant to be here forever. There is a question I’ve been asking myself a billion times ….why are some of us born into suffering and others with a silver spoon in their mouth…The world ain’t fair.”

A cruel comment was made on his Facebook page while others tried to comfort him and assure him that things would get better soon.

“Then kill yourself bros,” wrote a user known as “Papion Gh.”

Yaw appears to have taken his own life after hearing the comment.

According to recent comments under that same post, he has died.

Although no official confirmation of his death has been received, it appears that he committed suicide by hanging himself, according to comments on his Facebook post.