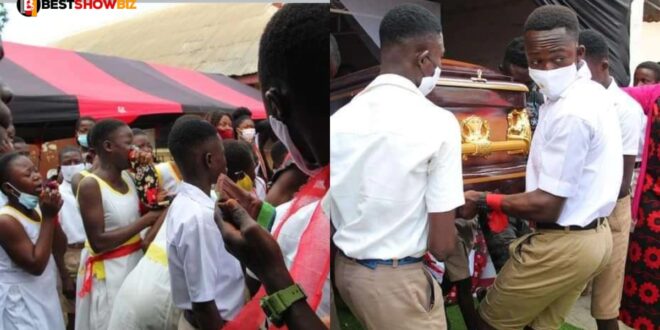 On June 20th, 2021, armed robbers shot and killed a Mobile money agent who was also a teacher.

Saddest of all, he left two children and a pregnant widow.

The rate at which armed robbers attack mobile money workers in Ghana is alarming.

This is largely due to the fact that mobile money agents typically carry a large sum of cash.

In the last two months alone, hundreds of mobile money workers have been attacked around the country.

The late Solomon Arhin was a member of the agents of change Royal praise chorus.

Pastor Musa Yahaya led the funeral service and encouraged the family to trust in the Lord.

He also begged friends and family to help the deceased’s children and pregnant wife, promising the Church’s assistance.