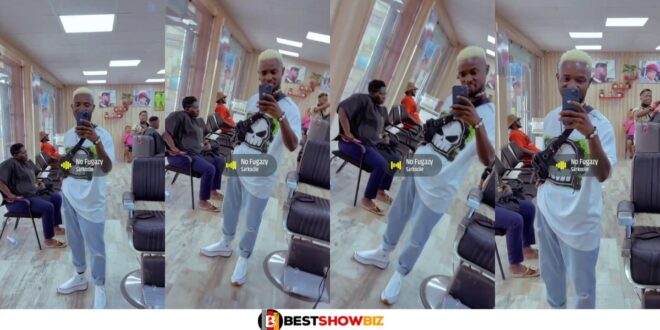 Teacher Kwadwo, despite his background in education, has broken into the music industry and revealed plans to release his debut album soon.

The educated teacher was fired by the Ghana Education Service for screaming on social media about the abuse teachers receive – hence his decision to switch careers.

Announcing the release of his Album he mentioned that it is titled GES which he says stands for ‘Get Everything Seriously’. well, we can assume that it’s going to be critical of the government and the educational system that we currently have.

Even though he has been fired from the classroom, Teacher Kwadwo continues to speak out against the government, and we hope this doesn’t cause him any further problems.